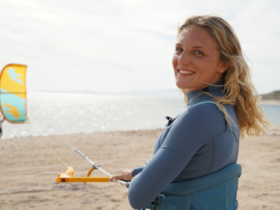 Last August, the surf spot of Teahupoo in Tahiti was the scene of extraordinary sessions. The swell created gigantic waves that the best surfers on the planet took with greed. Here is a look back at those crazy days.

Friday, August 13, 2021 will probably remain long in the history of Teahupoo. On the XXL spot, world famous for big surfers, the conditions were perfect that day to create what many considered the biggest waves ever seen in Tahiti.

In the water, many people wanted to enjoy it. And to catch the most impressive bombs, you had to be patient like the local Kauli Vaast, who stayed 9 hours on his board before catching one of the waves of the year (see video below).

"We waited a long time offshore with Baptiste, my jet-ski pilot, and I got my wave," explained the Tahitian surfer a few days later to The Team. It was a really technical ride. The wave was complicated to surf. I got caught, I fell. But it was ok, I didn't "eat" too much. I still had a headache coming on. I was not well. I came straight home. I settled down and took a Doliprane. Then I sat down in front of the sea and cried. It was still scary. I could have really hurt myself. I was lucky I didn't hit the reef. But the emotion, the fear, it all came flooding back. I was moved." If Vaast has impressed on his local spot, other pro surfers have also taken advantage of these dantesque conditions like Jerome Sayhoun, Eimeo Czermak or Justine Dupont.

American Nathan Florence came from Hawaii to enjoy the perfect conditions in the Polynesian archipelago. The brother of double world champion John John Florence brought back a Vlog in which we can enjoy the most beautiful tubes and the most impressive wipeouts taken by the surfers during this day of August 13th. The 20-minute video features a host of big names including Eimeo Czermak, JB Prunier, O'Neill Massin, Ramzi Boukiam, Justine Dupont, Lucas Chianca, Matahi Drollet and Manoa Drollet.

Obviously present to immortalize this day (the second video of this article gathers his best shots), the photographer Tim McKenna took the opportunity to shoot the bomb of Matahi Drollet and the huge wipeout of Jerome Sahyoun, carried away by the lip. But more fear than harm for the latter who, like all the surfers, used his freediving techniques to get out of this hell and be pulled out of the impact zone by the jet-skis present in the water that day. 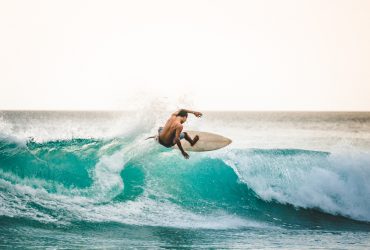 Hawaii: the legendary surf spots of the archipelago

For surfing enthusiasts or experts, Hawaii ...

Victory of Johanne Defay on the Roxy Pro G-Land !

The French Johanne Defay won her fifth victory on Saturday ... 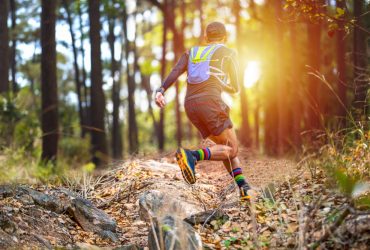 What are the ultra-trails to try for your first long distance race?

To get started in ultratrail, until becoming a finisher of an ultra ...