The most beautiful stages to do on the GR20

This Thursday, September 29, is celebrated the "World Sea Day". This is an opportunity to take a closer look at the law of the sea, which is little known to the general public and yet essential to the preservation of the maritime environment.

If the world's oceans and seas are a fabulous natural playground for surfers, windsurfers and kitesurfers, this marine environment is also an area governed by rights, established by the International Maritime Organization, which includes 174 member states. This NGO has set up an annual "World Maritime Day". The 2022 edition, which takes place this Thursday, September 29, has as its theme "The ecological transition of the maritime sector towards a sustainable future".

This is an essential issue when we know that international maritime transport ensures about 80 % of world trade and that the oceans represent a surface of more than 360 million square kilometers, that is 72% of the earth surface. After having been governed for a long time solely by the principle of freedom of the seas and by a set of customary rules, the circulation and exploitation of the seas and oceans was the subject of a first United Nations conference held in Geneva in 1958. This led to the Convention on the Law of the Sea of Montego Bay (Jamaica) signed in 1982, which defines a global legal regime for the world's oceans and seas and establishes detailed rules for all uses of the oceans and access to their resources. The treaty entered into force on November 16, 1994 and has since been ratified by 168 states, including France in 1996. Here are a few key points on how the law materializes as soon as you leave the seaside.

How much sovereignty does a state have over the sea?

Coastal states have sovereignty over their territorial sea, which extends up to 12 nautical miles from the coastline, or just over 22 km. Regarding natural resources, a State has an "Exclusive Economic Zone" (or EEZ) of 200 nautical miles (370 km) beyond its coastline.

What are the exceptions to the right of a State over the sea?

The territorial sea of a State is a "prolongation, continuation or extension" under the sea of the territory of the coastal State. If this continental shelf includes the seabed and its subsoil up to a distance of 200 nautical miles, it can extend up to 350 nautical miles (or 648 kilometers). States that claim such an extension must however have their claims recognized by an international commission, the Commission on the Limits of the Continental Shelf. This is what France did a few years ago for its continental shelf off the coasts of Martinique, Guadeloupe, Guyana, Kerguelen and New Caledonia.

What happens if the territorial sea of two States overlaps?

When the coasts of two states face each other or are adjacent to each other in such a way that their maritime spaces overlap, these states must proceed to delimit them by means of an intergovernmental agreement. For example, France and the United Kingdom have done this in the English Channel in a strait less than 24 nautical miles wide. The two States have also proceeded to the delimitation of their respective EEZs in the English Channel because it is less than 400 nautical miles wide.

What about areas that are beyond the sovereignty of a state?

Beyond the exclusive economic zone, the waters fall under the regime of the high seas as defined in Part VII of the United Nations Convention on the Law of the Sea (UNCLOS). This international space of freedom cannot be claimed by any State. The seabed and its subsoil are considered as belonging to the common heritage of humanity. No State, nor any natural or legal person, may appropriate any part of this area or its resources, which are managed by the International Seabed Authority, based in Kingston, Jamaica.

What can we do on the high seas?

The high seas represent all the marine areas that do not belong to any state. On land, this represents 60% of the planet's surface. If this area is not subject to any sovereignty or state jurisdiction, it is still possible to fly over it, to lay submarine cables and pipelines, to create artificial islands (authorized by international law), to fish, to carry out scientific research and of course to navigate freely, whether with a boat, in surfing or any other water sport discipline

Which jurisdiction is involved in a law of the sea dispute?

The International Tribunal for the Law of the Sea (ITLOS) is an independent judicial body that was established by the United Nations Convention on the Law of the Sea (1982). It has jurisdiction over disputes related to the delimitation of maritime zones, navigation, conservation and management of marine living resources, protection and preservation of the marine environment and marine scientific research.

What is a marine protected area?

Since 1992 and the Rio Earth Summit, marine protected areas (MPAs) have been established. These areas are set aside by law or other provisions, including custom, with the aim of granting marine or coastal biodiversity a higher degree of protection than that enjoyed by the surrounding environment. Currently, 67% of French overseas reefs are covered by a marine protected area. By 2025, France is committed to protecting all of its reefs.

What is the size of France's maritime territory?

With a total of approximately 11 million km², France's maritime space is the second largest in the world after that of the United States. The overseas territories generate 97% of this space. Consequently, France shares maritime delimitations with 31 States, 21 of which have concluded maritime delimitation agreements.

vincent girard 29 September 2022
Follow us on instagram
The water, the two brothers fell into it in a big way

From the heart of the Ardèche through the Haute-Savoie

Even in winter, it is not always easy to

Considered one of the best spots in Br

Born from a desire to limit the use of

In the wish list of the young freestyler for the 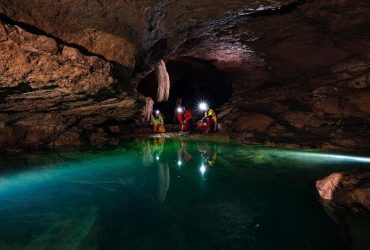 Which spots to go caving in France ?

From the heart of the Ardèche through the Haute-Savoie, Isère ...

Where to surf this winter without freezing

Even in winter, it is not always easy to find ... 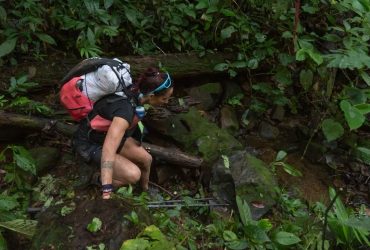 Jungle Marathon: 230 km of running in the Peruvian jungle