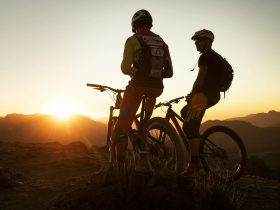 Outdoor sports: These associations of riders who protect the environment

Whether it's a trip lasting several months or dropping everything to live permanently in a van, here are some French people who have succumbed to the charm of travelling while roaming. To the point of making it a way of life for some.

Last April, the Oscars put vanlife in the spotlight with the film Nomadland awarded "Best Film", "Best Director" and "Best Actress". But make no mistake, this production, which flirts with documentary, is far from glorifying the clichés of the most followed vanlife on Instagram. Nomadland is about those who have adopted this lifestyle by obligation and not by choice. Shot in the United States, the feature film by Chinese director Chloé Zhao (whose trailer you can see at this address) highlights these people who are forced to live in their car or van because they cannot afford to pay for a place to live, even though many of them have a job. If the phenomenon is less present in France, the van is still associated with adventure and the desire to be elsewhere. More and more people are choosing to go on vacation this way, on road trips across France, Europe or the world. Here are some French people who have taken the plunge and are now the dream of many budding adventurers.

Pierre and Camille / On the roads of France and Canada

Creators of the theroadtrippers.fr website (on which any vanlifeur can write), Pierre and Camille have also self-published three books on the subject of van road trips. In "Roadtrip Makes Me Free : Canada", they give keys to prepare and live at best a trip in Canada. A country that they themselves have crossed in a van. If their Instagram account is obviously full of beautiful images taken during their various adventures, they recognize on their site that "roadtrips in a van are not easy. We loved all those months on the road, both in France and in Canada. But we also realized that the incessant movement was also very tiring. As we went along, it only reinforced our need for security and roots. After two long road trips in Canada and France and a few stays abroad, we decided to settle down for a while in a fixed place. Our balance with vanlife and road trips, we found it for the moment by keeping our adventures for week-ends and improvised vacations. There is no perfect model, only one way to go.

Claire and Jérémie / In the heart of the orcas' habitat

Originally from Bordeaux, this couple of photographer and director set sail in 2019 for Australia. "We spent two unforgettable years travelling through this immense country, which we fell in love with", they explain on their website. "Its little neighbor, New Zealand, also became our home for a year and a half. Since then, the lovers have decided to make traveling their way of life. If the van is obviously a privileged vehicle for their adventure as we can see on their Instagram accountThey can also land as the end of 2019. "We put a road trip to British Columbia on hold to embark on a different kind of trip. A voluntary trip to the heart of the orca's habitat where we realized the crazy dream of getting involved with OrcaLab which has been studying whales for 50 years without interfering with their lives." Here is the video they brought back.

Accompanied by their cat Nel, Clémence and Thomas went to Norway for a two-month road trip in a van. Final goal, the Great North after 13 000 km of road and 18 ferry crossings. She (a designer) and he (a sports journalist) travelled all over Norway from the South to the Great North. The couple published a 223-page book (Drive Your Adventure / La Norvège en van) with the van rental company "WeVan" in which they reveal the maps, the routes to take, the good addresses and all the practical information to live the best adventure in this country.

Like the couple Claire and Jérémie mentioned above, Dana Tentea and Stéphane Boitel are also photographers and videographers and relate their adventures through their Instagram account "The World of Tikal". Among their different trips, they realized one that led them from California to Alaska on board their van named "Tikal" (in which they live since 2016). Leaving in March 2019, the two Frenchmen came back with a 52-minute self-financed documentary whose trailer you can see below. "Wild" tells the story of how women and men are engaged on a daily basis to protect ecosystems. From the Mojave desert to the Arctic tundra of the Yukon and Alaska, Dana and Stéphane decided to meet those who fight for their preservation, an initiatory road trip that will plunge them into the wild beauty of North American spaces.

Cécile Plochberger 4 June 2021
Follow us on instagram
The water, the two brothers fell into it in a big way

From the heart of the Ardèche through the Haute-Savoie

Even in winter, it is not always easy to

Considered one of the best spots in Br

Born from a desire to limit the use of

In the wish list of the young freestyler for the 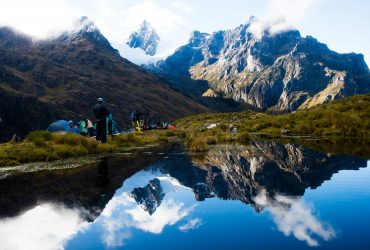 Where is wild camping allowed in France?

Not always easy to know where it is possible to ... 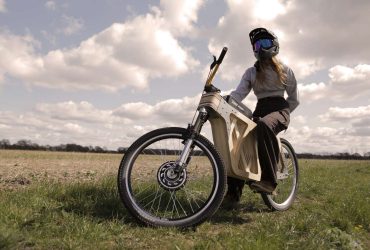 Specialist in woodworking and sustainable design, the English ... 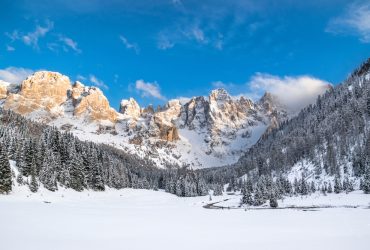 The consequences of climate change in the mountains

The publication of the report of the Intergovernmental Panel on Climate Change ...