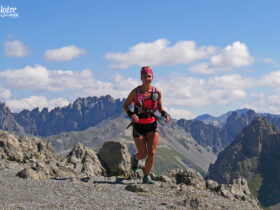 these French trail races to try this summer

To avoid the crowded surf spots of France this summer, here are some isolated islands to plan your next surf trip.

Hossegor, Pipeline, Jaws, Nazaré, Margaret River... In the surfing world, some names come up more than others when it comes to evoking the most emblematic spots of the discipline. But these places, which are popular with the best surfers, are often crowded and the locals obviously have priority over visitors to enjoy them as is customary in the water when a "foreigner" discovers the place. In order to be more peaceful and to make you want to go to more secret places, we have listed below five isolated islands to enjoy the waves while avoiding the crowds. Of course, some destinations require a lot of organisation and a large budget. But paradise is at the end of the road...

Located 120 kilometers off the coast of Indonesia, Nias Island (in the local language Tanö Niha, which means "land of human beings") is populated by just under 800,000 inhabitants and the first traces of human presence on the island date back to 12,000 years before our era. This high population density is not, however, synonymous with overcrowded spots, as these are numerous on the island. Some examples are Sorake Bay beach near the town of Tuluk Dalam, Lagudri Bay in the south of the island or the Banyak Islands archipelago, made up of 60 small islands north of Nias. The best time to surf there is from May to September. To get there, you can take advantage of the island's only airport located in Gunungsitoli from where national airlines offer daily flights from Medan, the capital of Sumatra.

Between Iceland and Great Britain, the Faroe Islands are isolated in the middle of the Atlantic. This archipelago is composed of 18 volcanic rocky islands, including Streymoy. It is here that the spot of Tjornuvik is located, of the same name as the village which counts 70 people living there at the year. Like many spots in the Faroes, the beach is made of black sand and offers a beach break alternating rights and lefts to the delight of local surfers and the (rare) tourists who go there. The narrow bay is very well exposed for the discipline and offers good conditions to create waves of all levels. One can only hope that the weather is good, which is obviously not always the case in the archipelago. To get there, you have to take a ferry after landing at Vagar airport on the neighbouring island.

Once you arrive at Athens or Mykonos airport, a ferry will take you to the island of Tinos in the Aegean Sea. Little frequented by foreign tourists, the island has only a little more than 5,000 inhabitants for an area of almost 200 km². As surfing is far from being the most popular sport in Greece, there is little chance that many of you will be in the water at the Kolimbithra spot. The wind often hits this sandy beach, which is located between two long peninsulas. The waves are not huge, but enough to enjoy nice sessions during several months of the year. This sand bank breaks in right and left.

Famous for its monumental statues (the Moai), Easter Island belongs to Chile. However, the Chilean coastline is located more than 3,500 kilometres to the west. Easter Island is the most isolated inhabited place in the world. This means that you have to be patient if you want to get there. The plane will take you there from Santiago de Chile or from Papeete in French Polynesia. On Easter Island, surfing has made a place for itself among the locals and the 80,000 visitors who arrive each year on this island lost in the middle of the Pacific. Several spots are famous, including Pea Beach near the town of Hanga Roa (capital of Easter Island) or the bays of Paka Ai and Papa Tangaroa. The spot of Koe Koe in Akahanga is one of the most powerful and allows to surf waves up to six meters high. Four years ago, surfers Ramon Navarro, Cristian Merello, Uti Araki, Natxo Gonzalez and Guillermo Satt went there on a surf trip, which is described in the film below.

A wetsuit is obviously mandatory to surf on these islands in the north of Norway. If the Lofoten are more famous for their snow spots, it is also possible to surf there. For a few decades now, locals have been practicing the discipline despite the harsh conditions (watch the movie below about the surfing pioneers in Lofoten). At 160 km north of the Arctic Circle, Lofoten offers sublime spots in an almost totally preserved nature. Unstad is the most famous spot in the archipelago and attracts many pro surfers, especially in winter when the waves are the biggest. From France, you must first go to Bodo, a Norwegian town located in front of Lofoten before taking a ferry to reach the islands. 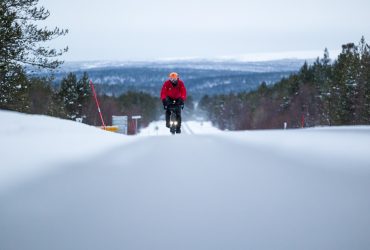 Winter crossing of Lapland: 1500 km to reach the North Cape 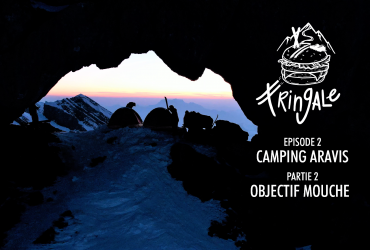 Fringale : " Sleeping in a tent at the Trou de la mouche, it was the best spot in the world " 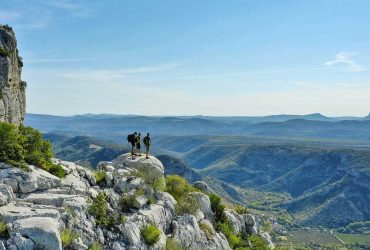 GR de Pays Grand Pic Saint-Loup: what you need to know about the French favorite trail