When Kilian Bron sublimates the colors of the Pyrenees

At 43 years old, the sportswoman has set herself a major challenge by taking part for the first time in this extraordinary solo race. Portrait of this Franco-German sailor who campaigns for gender equality.

Isabelle Joschke's passion for sailing goes back to her early childhood. It was while sailing on a lake in Austria during a family holiday at her grandmother's that the irrepressible desire for the open sea seized her. She was only 5 years old, but this dream of sailing would never leave her. Isabelle lived far from the sea, and the years passed without her finding the opportunity to make her passion a reality. As a young student in classical literature, she finally decided to take a sailing course in Les Glénan and discovered with wonder that her dream was still alive.

Isabelle Joschke then took her skipper's diploma and volunteered for her first mini Atlantic crossing. This trip convinced her to make sailing her profession. At the age of 27, she bought her first boat, settled in Brittany and began to prepare for the big crossings. The young woman quickly made a name for herself by taking part in demanding competitions very early on. With success: she won the 3rd leg of the Cap Istanbul 2008, 7th in the Lorient Horta Solo 2014, 17th in the Solitaire du Figaro 2015, 2nd in the Transat Québec Saint-Malo 2016...So much so that in 2015, Isabelle Joschke decided that she would take part in the Vendée Globe 2020 alongside the best sailors on the planet, as the culmination of her career. This extreme race consists of sailing around the world from Les Sables d'Olonne, alone, non-stop and without assistance, on a 60-foot monohull.

Promoting the place of women in sport

A particularly dangerous and sometimes fatal journey, where the sailors brave the waves of the Atlantic Ocean, then the Indian Ocean and the Pacific. Through the Vendée Globe, Isabelle Joschke wants to test her physical and mental limits by finding unsuspected resources in the face of the raging elements. Her participation is also a way of promoting gender equality in sport, a cause she defends through her own association, Horizon Mixité, which was created in 2012.

Volunteers visit schools and training centres to raise awareness of the benefits of gender equality from an early age, in all areas of society. At the same time, Horizon Mixité encourages women to take up competitive sailing to increase their self-confidence. The task is immense, as single-handed ocean racing is one of the sports where women are least represented, with only 5 to 8 % participating in competition. However, the few women sailors are as successful as the men, like Ellen MacArthur, who finished second in the 2000 Vendée Globe. By taking part in the 2020 edition, Isabelle Joschke intends to continue to shatter the preconceived ideas about women's sport. 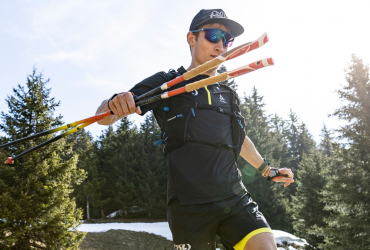 You want to know more about the little secrets of ... 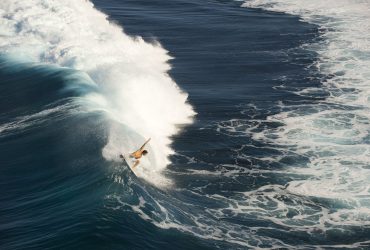 What outdoor activities to practice in Reunion Island ?

The landscapes of the Reunion Island make you dream and ... 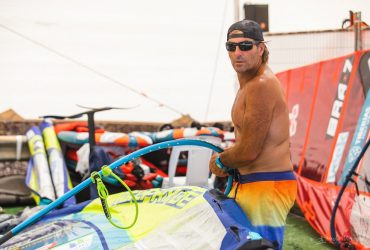 In his discipline, Antoine Albeau has won all the titles! ...